Today, the Mentawai are well known as the world’s best surf destination. Despite their remote location, the Mentawai have garnered a reputation within the surf community as a wave-rich paradise. The Mentawai Island Regency contains about 70 or so Islands that lay due west of Sumatra by about 170 miles. Among those Islands and inlets are various reef systems that groom swell into world-class waves.

Because many of these waves break off small and hard-to-reach islands, the Mentawai remains one of the few surf travel destinations left with world-class, empty waves. Even though surfers have been traveling to Indonesia since the late 1960s, the waves of the Mentawai Islands went either unridden and remained a closely guarded secret until the 1990s. Continue reading below to learn about Surfing’s Arrival in the Mentawai Islands.

Early Days of Surfing in Indonesia

Surfing arrived in Indonesia a bit later than other wave-rich destinations. Thanks, in part, to the archipelago’s remoteness, surfers didn’t start exploring Indonesia’s waves until a few adventurous travelers landed in Bali in the late 1960s and early 1970s. Back then, Bali’s airport was a single runway in the jungle, and much of the island’s highways were mere dirt roads. Meals were under a dollar, and if you wanted to get around, you were probably riding a bicycle.

Shortly after the arrival of surfers on the Bukit Peninsula, the celebrated surf film Morning of the Earth was released in 1972, which depicted the discovery of Uluwatu and other now famous waves. The film inspired the best pros of the era like Gerry Lopez and Wayne Lynch to travel to Indonesia and pioneer more now iconic surf breaks. Since then, Bali has evolved over decades into the tourism mecca that it is today. The Mentawai, on the other hand, remained largely untouched by surfers until the eighties and nineties. 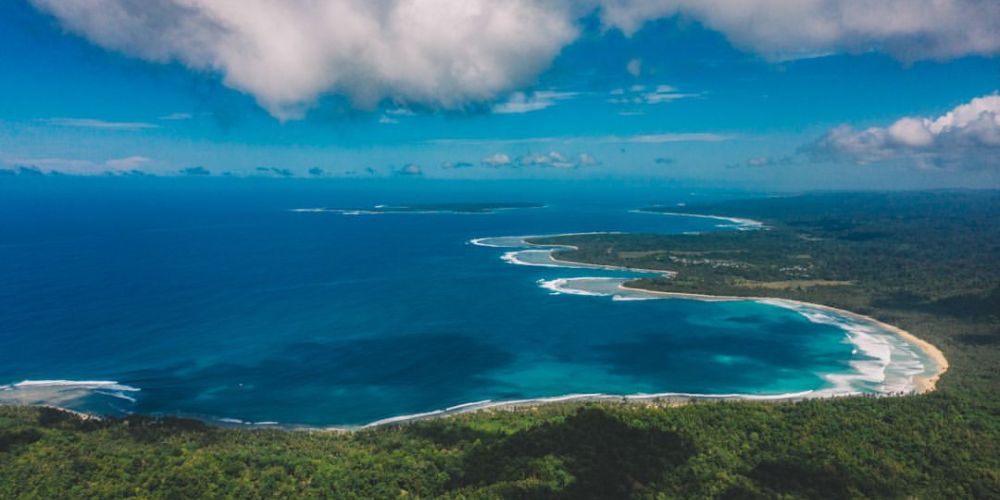 The Discovery of surf in the Mentawai Islands

Until the 1980s, most surfers traveling to Indonesia were content surfing perfect waves in Bali, G Land, and Nias. They didn’t feel the need to look elsewhere. But a handful of boat captains, watermen, and explorers began to wonder about the rest of the archipelago. One surfer turned boat captain and adventurer by the name of Martin Daly thought with over 70,000 islands comprising the nation of Indonesia, there had to be more waves out there.

And he was right. After working odd jobs in diving and salvage in Singapore and the Philippians, Daly restored an old salvage boat and named it the Indies Trader. The first wave Martin and his crew discovered was a dreamy point off the coast of Java with a palm tree marking the takeoff. Naturally, they named the spot One Palm Point.

After the discovery of One Palm Point, Daly and his crew headed for the Mentawai’s, where they pioneered a handful of waves and enjoyed them in almost complete isolation until the nineties. While other surfers played a role in pioneering the Mentawai’s, like Lance Knight, who discovered and named Lances Right AKA Hollow Trees, Daly is credited with the discovery of most of the region’s surf.

News of the Mentawai’s Spreads

For years, the Mentawai’s flawless surf was a well-kept secret that only a select few knew about. Sometime in the mid ninties, during a pro trip with Tom Carroll and Ross Clark Jones, photos of the Ments’ now iconic waves were leaked, and the word of newly discovered perfect surf in the Mentawai’s spread like wildfire.

Word may be out about the world-class surf in the Ments, but it’s still easy to enjoy an uncrowded session at Hollow Trees and our other favorite waves near our Mentawai Surf Resort. To book the surf trip of a lifetime, click here.

Previous Everything You Need to Know About Visiting our Mentawai’s Resort
Next Surfing and Emotions: Riding Through a Better Health Surfing and Emotions: Riding Through a Better Health Surfing for a Better Health